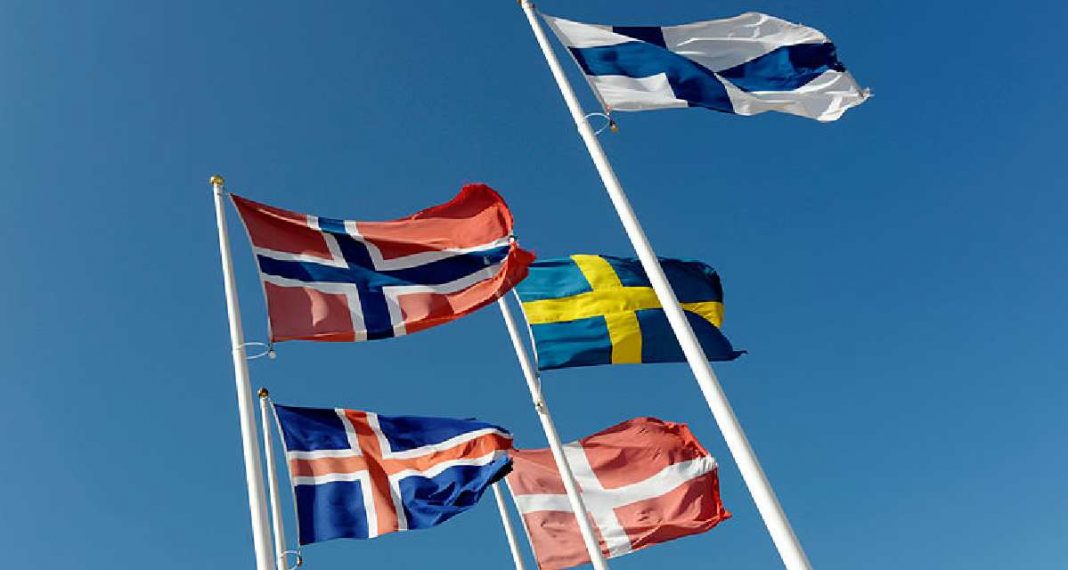 When Nordic Defence Cooperation was incepted around 2008, the aim was to save money. Despite this logic and seemingly high political commitment,  as Maren Garberg Bredesen and Karsten Friis wrote in their article in Journal of Regional Security in 2019, NORDEFCO has hardly produced the intended results. Why is so? What are the major push and pull factors that decisively impact this regional security arrangement, but also those in other regions?

When Nordic Defence Cooperation was incepted around 2008, the aim was to save money. Through joint procurement, maintenance and logistics, the hope was to retain some minimum operational capability of the radically downsized armed forces of the Nordic states. The transition from the static Cold War-era mobilization armies to lean deployable forces was tough, not least as the defence budgets were slashed through the 1990s and 2000s. As we wrote in our article in Journal of Regional Security (Bredesen and Friis 2019), despite this logic and seemingly high political commitment, NORDEFCO never produced the intended results. The visions met resistance from numerous corners; from industry, from bureaucrats, and from the armed forces themselves. Interestingly, it does not seem that the differences in formal security orientation was the major challenging factor. Sweden’s and Finland’s nonalignment has obviously made tight integration with Norway and Denmark politically impossible, but NORDEFCO was designed to circumvent this. Rather, it seems that system similarity was much harder to achieve than expected. The only joint procurement project of some significance is the joint uniform, but also this one has yet to materialize.

However, on the operational side, there has been more success. Joint training and exercising have been taking place in all three domains, from the Baltic Sea to the High North. The most celebrated example has been the Cross Border Training, where fighter jets from Norway, Sweden and Finland have trained weekly over the Scandinavian peninsula. But land forces also participate regularly in each other’s exercises, and the maritime forces have also done so.

Of course, Russia’s warfare in Ukraine also changed the dynamic in NORDEFCO. From being focussed on cost saving logistics, primarily focussed on international operations, the attention quickly shifted to regional security from 2014 onwards. The fear of an unpredictable and potentially adventurous Russia, combined with examples of Russian violations of Nordic airspace, submarine activity, etc. turned NORDEFCO into an arena for increased security cooperation in the Nordic region itself. This took place in parallel with Sweden and Finland’s strong reorientation towards NATO, as Enhanced Opportunity Partners, participation in NATO Response Force, and with Host Nation Support agreements giving logistical support to Allied forces located on, or in transit through, their territory during exercises or in a crisis. In addition, all the Nordic countries have signed or updated their bilateral defence cooperation agreements with the United States and participate in the British-led Joint Expeditionary Force (JEF).

NORDEFCO has therefore turned out to be a useful platform for Nordic cooperation in this broader mix of arrangements. Several initiatives have been taken to this end, including encrypted VTC lines between the capitals, allowing regular exchanges of views on ongoing security topics, enhancing a common situational awareness. Similarly, on the operational level, the forces have been tasked to coordinate their operational planning to the extent possible (taking into account that Norway and Denmark’s defence plans are integral to NATO’s). An agreement on exchange of radar pictures also contributes to joint situational awareness, while agreements on alternate landing bases (allowing planes to land on each other’s airfields even when armed) and military mobility, makes day-to-day cooperation much smoother. Last but not least, on the political level, the Nordic defence minsters pledged in 2018 to “improve our defence capability and cooperation in peace, crisis and conflict”. The inclusion of conflict in this sentence would have been unthinkable just a few years earlier.

Analytically NORDEFCO is an interesting case, because of the many layers and associated challenges; from the formal security arrangements (NATO and EU membership), proximity of big powers (primarily Russia, the USA and UK); domestic political systems, cultures and traditions; the role and interest of the defence industry (pretty strong particularly in Sweden and Norway), etc. In a recent article (Friis 2021), I developed this into a generic analytical framework for studies of regional security arrangements.

In short, I argue, a regional security policy is formed between various forces, some inside-out, some outside-in. Some of these push, some pull.

First, there are outside-in pull forces: These are international forces that provide the Nordic states with new opportunities – for example, EU enlargement and integration. Secondly, there are outside-in push forces. These may be negative forces constraining or limiting the policy options of Nordic states, but which also may mobilize a regional response, such as Russia after 2014. Thirdly, there are outside-in resisting forces, consisting of active policies from states outside the region that seek to undermine closer security cooperation initiatives, e.g. Russian campaigns against Swedish rapprochement to NATO.

Fourthly, there are inside-out pull forces, which encourage greater Nordic defence cooperation. This can take the form of shared culture, political will, or concrete projects. Fourthly, there are inside-out resisting forces, which are forces obstructing Nordic defence cooperation, such as foot-dragging in military-political bureaucracies or different procurement systems, as discussed in our JRS-article.

In addition to these four types of forces, we can distinguish between three levels of analysis. The outside-in forces are by definition global, Western or European, and can be described as the international level. The inside-out forces can be separated into a national political level and a bureaucratic level. The latter may include both military and civilian staffs working in public service.

In my view this model could be applied also to other regions. It will allow for a systematic analysis of how the various forces have played out over time in a region. It will not explain why some forces were stronger than others, but it will help identifying them and thus prepare the ground for a deeper explanatory analysis in the next instance.

Thus, the framework can make an important contribution to understanding stability and instability, cooperation and conflict, in any sub-region, with other potential cases including the Baltic three and the Višegrad four.

An interesting case could be the Western Balkans, not least due to its dissimilarity with the Nordic region. In terms of political inside-out forces, they are predominantly negative and – given the relatively recent war experience – likely to be rather strong. Nationalism and distrust are still predominant factors in the political discourse of most of the WB-states. Also, the outside-in forces are strong. On the one hand, the EU and NATO enlargement processes have been pull forces for reform and integration. All the region’s states are seeking EU membership, with the EU Commission using a conditionality-based step-by-step system to reward achievements in the reform process. However, the strength and influence of this pull force is a matter of debate (Kmezić 2020). NATO has demanded less comprehensive reforms from applicants, and has now – aside from Serbia and Bosnia-Herzegovina – admitted all the region’s states as members (Ejdus and Kovačević 2019). On the other hand, Russia and China have been increasingly active in applying outside-in resisting forces, particularly in Serbia, aimed at preventing “Europeanization.” Russia has also actively tried to prevent NATO enlargement in the region (Panagiotou 2020). Given this security-political landscape, it comes as no surprise that there are no initiatives equivalent to NORDEFCO in the Western Balkans. Upon closer scrutiny, however, several cooperative structures in the security sector can be found, resulting from inside-out initiatives at lower levels. At the bureaucratic and operational levels, one can even see security communities emerging between professionals in specific sectors (Stojanović Gajić and Ejdus 2018). In short, applying the analytical framework to the Western Balkans may shed new light on regional security initiatives.

These are only my initial take on such an analysis. I would be delighted if someone would take the challenge and try to apply the analytical framework on the Western Balkans – or somewhere else for that matter. Good luck!

Dr. Karsten Friis is a Senior Research Fellow at NUPI – Norwegian Institute of International Affairs and head of NUPIs Research Group on Security and Defence. He holds a PhD from the University of Groningen, a Cand. Polit from University of Oslo and a MSc from London School of Economics. He was Political Adviser at the OSCE Mission to Serbia 2004-2007, and before that he held positions at the OSCE in Montenegro in 2001 and in Kosovo in 1999. Friis was also part of EU Special Envoy Miroslav Lajcak’s team for the referendum on independence in Montenegro in 2006. In addition, he has worked in the Norwegian Armed Forces and served at NATO/KFOR in Kosovo. Friis’ main area of expertise is security and defense policies, international military operations, civilian-military relations, Nordic security, cyber security, as well as the Western Balkans.

You can also read: “Governance entrepreneurs as spoilers in Nordic defence cooperation”, by Maren Garberg Bredesen and Karsten Friis (in Journal of Regional Security 14 (2): 77–100).