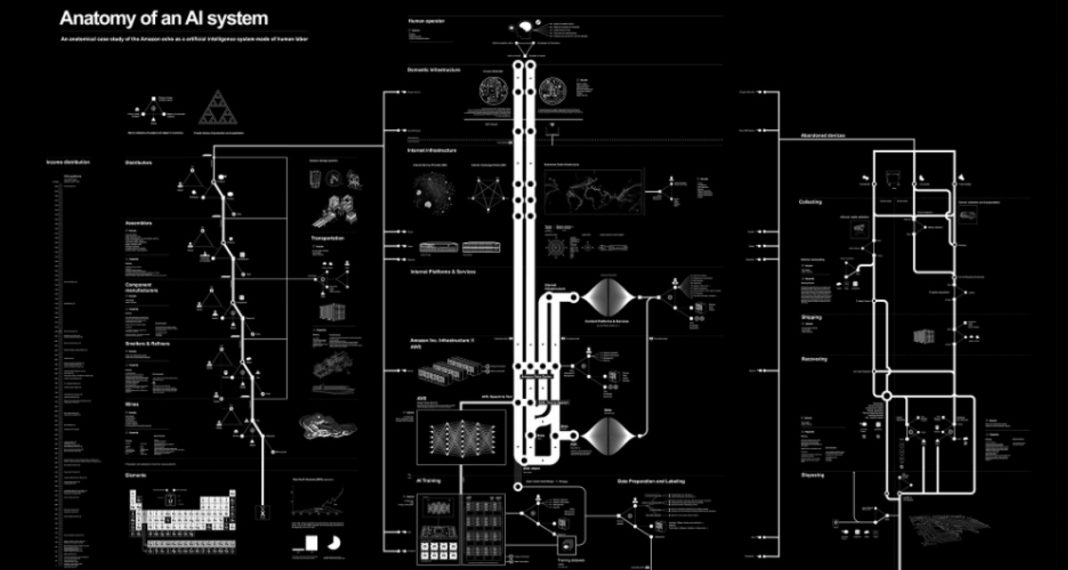 Under the UNDP’s Kapuscinski Development Initiative, supported by the European Commission, the Faculty of Political Science and our Centre for International Security host a trilogy of Joler’s lectures, titled “Global Scale Systems“. The first lecture, titled “From Internet Packet to Algorithmic Factory,” was held on 17 December at the Faculty of Political Science, but was also globally broadcasted via UNDP and EC social media channels.

The audience was welcomed by Ms Mateja Norčić Štacmar, Deputy Head of Delegation of the European Union to the Republic of Serbia, Mr Jan Szczycinski, Communication Specialist at UNDP and Project Manager of Kapuscinski Development Lectures Initiative, and Dr Filip Ejdus, Professor of the Faculty of Political Science and Head of the Centre for International Security. 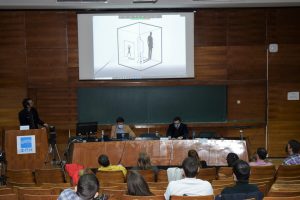 Vladan Joler is a Professor at the New Media department of the Academy of Arts in Novi Sad and founder of SHARE Lab. He explores and visualizes invisible infrastructure, algorithm transparency, labour exploitation, and different phenomena that emerged with the development and use of modern technology. His research includes a detailed analysis of business models, personal information exploitation processes, forms of hidden labour, surveillance economy, and algorithms hidden behind the walls of companies like Facebook, Google, and Amazon. This specific line of action represents a fusion of investigative and artistic approaches, containing a wide array of different methodologies, a mixture of cyber forensic methods, data analysis and data visualization, cartography, media theory, and philosophy. Vladan Joler’s work is included in the permanent collections of the Museum of Modern Art (MoMA) in New York City, the Victoria and Albert Museum and Design Museum in London and included in the permanent exhibition of Ars Electronica Center. He has received numerous awards, including the 2019 Design of the Year award by the Design Museum in London and S+T+ARTS Prize ’19 Honorary mention by the European Commission and Ars Electronica.

In his one-hour lecture, through the tracerouting of individual Internet packages, metadata analysis, and investigation of algorithms, Joler discovered, step by step, the story of physical infrastructure embodied in millions of kilometres of cables, huge impersonal and dehumanized facilities for data storage and analysis, and various parasitic systems of the surveillance economy.

While a high-resolution video will soon be available on our website, you can watch a Zoom recording of the entire lecture here. More photos are also available on the FPN website.

The next two lectures are scheduled for:

Information on online and onsite registration will timely be available on our, FPN and Kapuscinski Lectures website!

Have a great start to the year with Vladan Joler #KAPTalks, and join us in January and February!