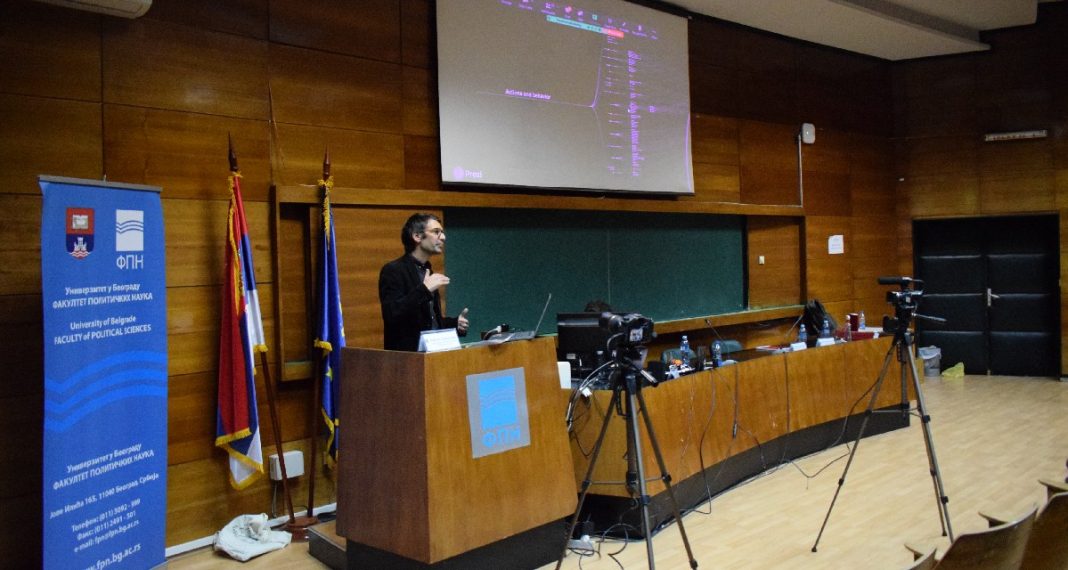 Under the UNDP’s Kapuscinski Development Initiative, supported by the European Commission, the Faculty of Political Science and our Centre for International Security host a trilogy of Joler’s lectures, titled “Global Scale Systems“. The second lecture, titled “Anatomy and Geology of Media Technologies,” was held on 23 February 2022, at the Faculty of Political Science, but was also globally broadcasted via UNDP and EC social media channels. 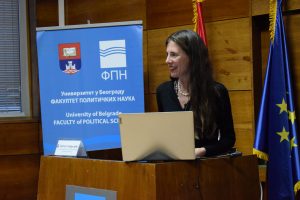 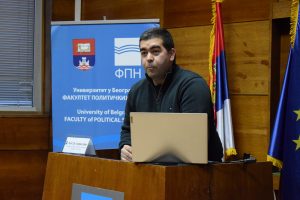 Vladan Joler is a Professor at the New Media department of the Academy of Arts in Novi Sad and founder of SHARE Lab. He explores and visualizes invisible infrastructure, algorithm transparency, labour exploitation, and different phenomena that emerged with the development and use of modern technology. His research includes a detailed analysis of business models, personal information exploitation processes, forms of hidden labour, surveillance economy, and algorithms hidden behind the walls of companies like Facebook, Google, and Amazon. This specific line of action represents a fusion of investigative and artistic approaches, containing a wide array of different methodologies, a mixture of cyber forensic methods, data analysis and data visualization, cartography, media theory, and philosophy. Vladan Joler’s work is included in the permanent collections of the Museum of Modern Art (MoMA) in New York City, the Victoria and Albert Museum and Design Museum in London and included in the permanent exhibition of Ars Electronica Center. He has received numerous awards, including the 2019 Design of the Year award by the Design Museum in London and S+T+ARTS Prize ’19 Honorary mention by the European Commission and Ars Electronica.

In his second lecture, Joler intended to map, visualise and explain a complex and invisible exploitation process hidden behind a black box of the World’s largest social network. Each small moment of convenience requires a vast planetary network fueled by the extraction of non-renewable materials, labour, and data. The stack required to interact with contemporary networked technologies goes well beyond the multi-layered ‘technical stack’ of data modelling, hardware, servers, and networks. The full stack reaches much further into capital, labour, and nature and demands an enormous amount of each. The actual costs of these systems – social, environmental, economic, and political – remain hidden and may stay that way for some time. This lecture, therefore, explored an anatomical map of a single AI system, reflecting on different issues related to sustainable development, inequality, and ethics hidden behind the fractal supply chains, network infrastructures, and algorithms.

A high-resolution video is already available!

The final lecture in the trilogy, titled “Engines of New Extractivism”, is scheduled for 23 March 2022. Information on online and onsite registration will timely be available on our, FPN and Kapuscinski Lectures website!

We hope you will enjoy the lecture recording and join us in March!

Call for OSCE Scholarships for MA in Peace Security & Development